I hate gaudy stuff but I admire people who could put it together and get away with it. Ailsa’s photo challenge for the week looks for Gaudy, here.

So when my aunt tells me to have my picture taken with the Naked Cowboy in Times Square, I took a picture of his butt instead. No amount of pushing or prodding could convince me to stand right next to his naked body and pose like a tourist, of which I was. I said, no way! LOL 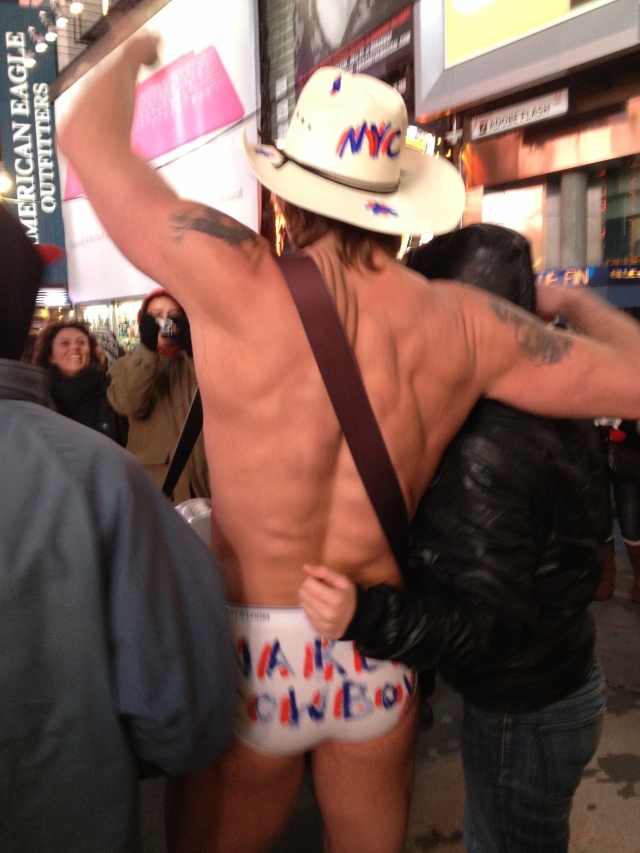 Sorry for the blurred photos, there were just too many people wanting to get a picture of him or wanting to have a picture with him. It is not free though.

My friend posed with the Disney characters and even after she’s paid them, they were going after me because I took a picture. 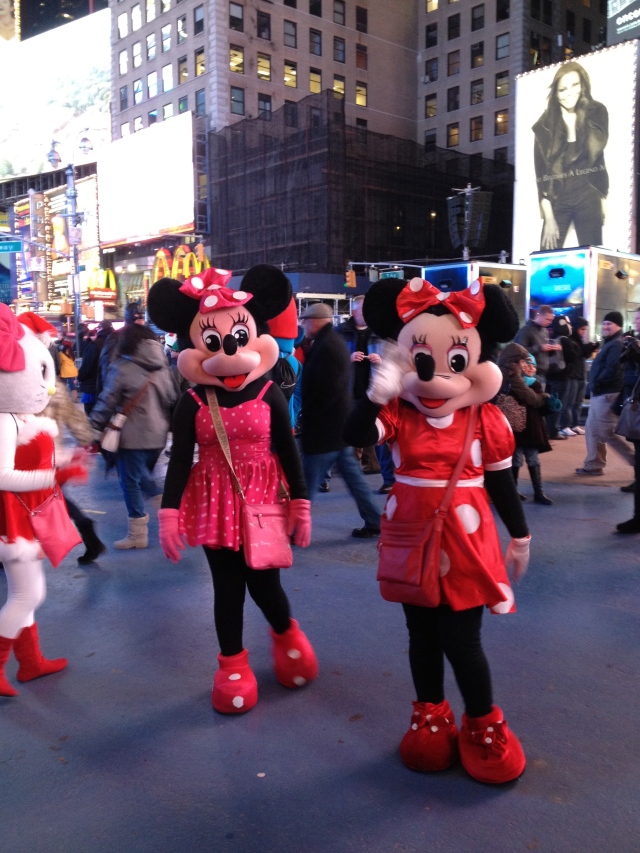 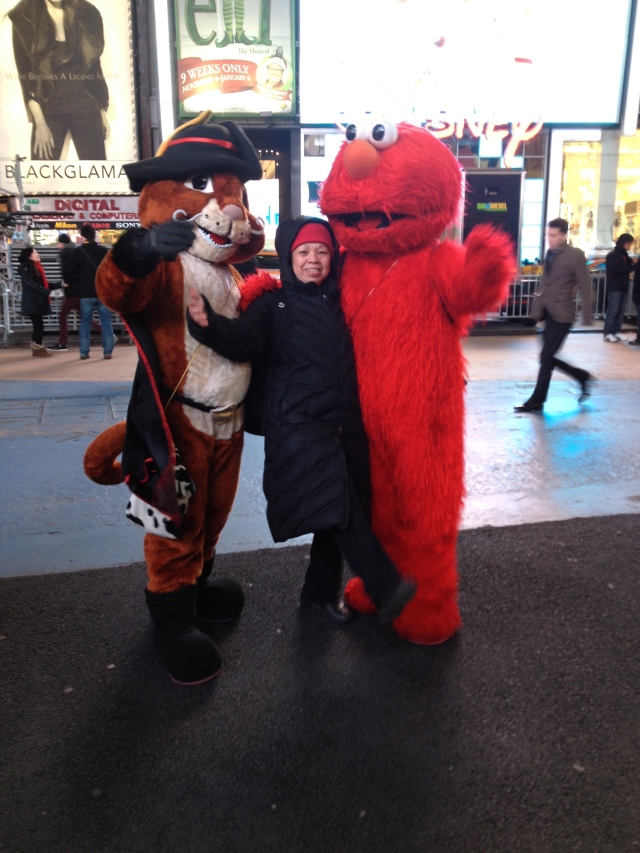 This entry was posted in Photo Challenge, Vacation and tagged Travel Theme Challenge. Bookmark the permalink.